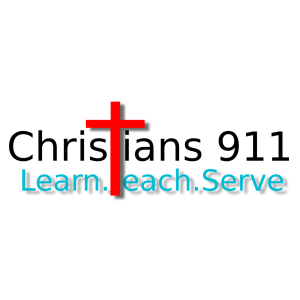 Word of God
Acts 17:22-25 (KJV) 22 Then Paul stood in the midst of Mars’ hill, and said, Ye men of Athens, I perceive that in all things ye are too superstitious.
23 For as I passed by, and beheld your devotions, I found an altar with this inscription, To The Unknown God. Whom therefore ye ignorantly worship, him declare I unto you.
24 God that made the world and all things therein, seeing that he is Lord of heaven and earth, dwelleth not in temples made with hands;
25 Neither is worshipped with men’s hands, as though he needed any thing, seeing he giveth to all life, and breath, and all things;
Devotional Insight
By Frances Taylor

Paul is now in Athens. The Greeks were very careful with their worship of the gods, and didn’t want to offend a god they didn’t know, and so they had built the altar that Paul had noticed. He tell the people that this god that they didn’t know was God, who overlooked the times of their ignorance, wants people to repent, and tells them that believers are promised resurrection from the dead. They want to learn more and because of his preaching, people come to believe.

Paul goes on from there to Corinth. All over the world, and from the beginning of time, the need to believe in someone or something greater than themselves has moved the hearts of men and women. Whether it was the Greeks, the Romans, the Egyptians, the Babylonians, or the peoples of the new world, the Aztecs, Mayans or American Indians, they named their gods. This is a deep seated need.

St. Augustine is known for the saying, “Our hearts are restless, until they rest in you.” We all hunger for God. Over the years, scientists have tried to prove that there is no need for a god, and search for answers to creation and to life itself. The more they study, the more questions they have than answers. They search for life on different planets, perhaps thinking that this will give them the answers. Scientist have managed to “create” life in a test tube – but they need something to start with. Their work has made it possible for those previously unable to have children to become pregnant and give birth to beautiful healthy children – but they still needed to bring together an egg and sperm. They still cannot create something out of nothing.

Paul told the Greeks about God. We have the Scriptures to tell us about God. We don’t have to search any more, and our hearts can be at rest in the One God, and in his Son, Our Lord Jesus Christ.

Almighty God, you placed your seed in us so that we would work to find you. Thank you for this gift, as we rest in you. Amen.