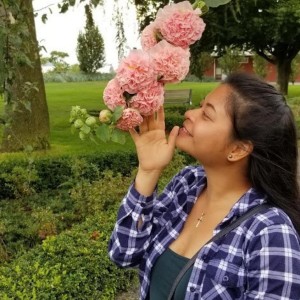 Brothers and Sisters in Christ

Let start the year right as what people would say and I agree with them. Let us get into the habit of studying the scripture and learning more about Jesus and His Good News everyday. For this week’s scripture we will start with the first books of the Old and New Testament, Genesis and Matthew.
Every week we will dive in one chapter each from the Old and New Testament. We will study the scripture and reflect on the verse(s) that touched us the most. Then, we will contemplate on how we can apply it daily. You may notice that I skip chapters, this is to provide you your personal time to read the other chapters during the week. Remember, reading the Bible is not just to memorize verses, it is most importantly to get to know God personally.

And Adam knew Eve his wife; and she conceived, and bare Cain, and said, I have gotten a man from the Lord.

2 And she again bare his brother Abel. And Abel was a keeper of sheep, but Cain was a tiller of the ground.

3 And in process of time it came to pass, that Cain brought of the fruit of the ground an offering unto the Lord.

4 And Abel, he also brought of the firstlings of his flock and of the fat thereof. And the Lord had respect unto Abel and to his offering:

5 But unto Cain and to his offering he had not respect. And Cain was very wroth, and his countenance fell.

6 And the Lord said unto Cain, Why art thou wroth? and why is thy countenance fallen?

7 If thou doest well, shalt thou not be accepted? and if thou doest not well, sin lieth at the door. And unto thee shall be his desire, and thou shalt rule over him.

9 And the Lord said unto Cain, Where is Abel thy brother? And he said, I know not: Am I my brother’s keeper?

10 And he said, What hast thou done? the voice of thy brother’s blood crieth unto me from the ground.

11 And now art thou cursed from the earth, which hath opened her mouth to receive thy brother’s blood from thy hand;

12 When thou tillest the ground, it shall not henceforth yield unto thee her strength; a fugitive and a vagabond shalt thou be in the earth.

13 And Cain said unto the Lord, My punishment is greater than I can bear.

14 Behold, thou hast driven me out this day from the face of the earth; and from thy face shall I be hid; and I shall be a fugitive and a vagabond in the earth; and it shall come to pass, that every one that findeth me shall slay me.

15 And the Lord said unto him, Therefore whosoever slayeth Cain, vengeance shall be taken on him sevenfold. And the Lord set a mark upon Cain, lest any finding him should kill him.

16 And Cain went out from the presence of the Lord, and dwelt in the land of Nod, on the east of Eden.

17 And Cain knew his wife; and she conceived, and bare Enoch: and he builded a city, and called the name of the city, after the name of his son, Enoch.

18 And unto Enoch was born Irad: and Irad begat Mehujael: and Mehujael begat Methusael: and Methusael begat Lamech.

20 And Adah bare Jabal: he was the father of such as dwell in tents, and of such as have cattle.

21 And his brother’s name was Jubal: he was the father of all such as handle the harp and organ.

22 And Zillah, she also bare Tubalcain, an instructer of every artificer in brass and iron: and the sister of Tubalcain was Naamah.

23 And Lamech said unto his wives, Adah and Zillah, Hear my voice; ye wives of Lamech, hearken unto my speech: for I have slain a man to my wounding, and a young man to my hurt.

24 If Cain shall be avenged sevenfold, truly Lamech seventy and sevenfold.

25 And Adam knew his wife again; and she bare a son, and called his name Seth: For God, said she, hath appointed me another seed instead of Abel, whom Cain slew.

26 And to Seth, to him also there was born a son; and he called his name Enos: then began men to call upon the name of the Lord.

Then was Jesus led up of the Spirit into the wilderness to be tempted of the devil.

2 And when he had fasted forty days and forty nights, he was afterward an hungred.

3 And when the tempter came to him, he said, If thou be the Son of God, command that these stones be made bread.

4 But he answered and said, It is written, Man shall not live by bread alone, but by every word that proceedeth out of the mouth of God.

5 Then the devil taketh him up into the holy city, and setteth him on a pinnacle of the temple,

6 And saith unto him, If thou be the Son of God, cast thyself down: for it is written, He shall give his angels charge concerning thee: and in their hands they shall bear thee up, lest at any time thou dash thy foot against a stone.

7 Jesus said unto him, It is written again, Thou shalt not tempt the Lord thy God.

8 Again, the devil taketh him up into an exceeding high mountain, and sheweth him all the kingdoms of the world, and the glory of them;

9 And saith unto him, All these things will I give thee, if thou wilt fall down and worship me.

10 Then saith Jesus unto him, Get thee hence, Satan: for it is written, Thou shalt worship the Lord thy God, and him only shalt thou serve.

11 Then the devil leaveth him, and, behold, angels came and ministered unto him.

12 Now when Jesus had heard that John was cast into prison, he departed into Galilee;

13 And leaving Nazareth, he came and dwelt in Capernaum, which is upon the sea coast, in the borders of Zabulon and Nephthalim:

14 That it might be fulfilled which was spoken by Esaias the prophet, saying,

15 The land of Zabulon, and the land of Nephthalim, by the way of the sea, beyond Jordan, Galilee of the Gentiles;

16 The people which sat in darkness saw great light; and to them which sat in the region and shadow of death light is sprung up.

17 From that time Jesus began to preach, and to say, Repent: for the kingdom of heaven is at hand.

18 And Jesus, walking by the sea of Galilee, saw two brethren, Simon called Peter, and Andrew his brother, casting a net into the sea: for they were fishers.

19 And he saith unto them, Follow me, and I will make you fishers of men.

20 And they straightway left their nets, and followed him.

21 And going on from thence, he saw other two brethren, James the son of Zebedee, and John his brother, in a ship with Zebedee their father, mending their nets; and he called them.

22 And they immediately left the ship and their father, and followed him.

23 And Jesus went about all Galilee, teaching in their synagogues, and preaching the gospel of the kingdom, and healing all manner of sickness and all manner of disease among the people.

25 And there followed him great multitudes of people from Galilee, and from Decapolis, and from Jerusalem, and from Judaea, and from beyond Jordan.

Genesis 4 starts with the initial conflict between Cain and Abel. It also talks about the two religion, first is the one who offers their good works in the hopes to please God (religion of Cain). While the second is the religion of substitution (religion of Abel). Abel knew that our sins our so great that one has to offer a sacrifice, livestocks (Old Testament), in the place of the sinners in order to pay for our sins. It is also in this chapter that the first record of murder was committed, when Cain killed his own brother out of jealousy. Moreover, we also can read from this chapter the punishment of God to Cain and how his descendants were described as ungodly.

Matthew 4 begins with Jesus’ temptation in the wilderness. This chapter teaches us that like us Jesus was tempted by the devil, for it is written “For we have not an high priest which cannot be touched with the feelings of our infirmities; but was in all points tempted like as we are, yet without sin” (Hebrews 4:15 KJV). Furthermore, the chapter shows us how the scriptures can be used as our weapon in combating temptations and the tricks of Satan. Jesus’ ministry began in this chapter as well and how He had called his first disciples to follow Him in His mission

Observation
Gen. 4:9 KJV “And the Lord said unto Cain, Where is Abel thy brother? And he said, I know not: Am I my brother’s keeper?”
Matt. 4:18 KJV “And Jesus, walking by the sea of Galilee, saw two brethren, Simon called Peter, and Andrew his brother, …”
Matt. 4:21 KJV “…He saw other two brethren, James the son of Zebedee, and John his brother…”
Application

Siblings, our first best friends and also our first enemies. They often are the people who gets us into troubles, but as well as the first people the will defend us from others who hurt us. These 2 chapters of the Bible despite being written on two different eras shows how the plan of God is, to treat each and everyone as brothers and sisters in Christ. That unity will be our strength and that enviousness and selfishness will lead us to our own destruction. Would this mean as well that we have to treat those who wronged us as our brothers and sisters in Christ? The answer is a clear Yes. That is why Jesus left us the greatest commandment: To love God with all our hearts, with all or soul, and with all our mind; and to love our neighbors as ourselves (Matt.22:37,39). Neighbors not only mean your families, friends and loved ones but as well as your enemies and people who you do not know. It is treating everybody around you with respect for everybody is equal.

Almighty Father, who is the source of all love. Teach us to love like You, unconditional and selfless. Help us to love and forgive even though it is hard. May we surpass our pride and selfishness and just to spread Your message to everyone we meet. And may Your love rule in our hearts, mind and life that we will be able to share to others. All these we ask through the name of Jesus Christ, who is the ultimate sign of how deep Your love for us is. Amen.